Cindy: Inspiring Everyone to Achieve Their Goals

A born leader whose determination, hard work and goals brought her to high-visibility positions on the board of Special Olympics Wisconsin and the Wisconsin Board for People with Developmental Disabilities.

Cindy is a born leader, though that may not have been obvious at first. She was born with Fetal Alcohol Syndrome, cerebral palsy and intellectual disability. In her early years, she was shuffled through foster care, where she endured violence and abuse. The rest of her childhood was spent in an institution. That’s also when Cindy began participating in Special Olympics.

She learned to work hard to set, reach and exceed her goals. That determination first helped her earn medals in basketball, athletics, speedskating, volleyball, soccer, softball and tennis. Soon, she was setting goals for getting a job and living independently. Since leaving the institution, Cindy has worked consistently — in department stores, restaurants and childcare centers. She also became an insightful spokesperson on behalf of people with

“I’m a fighter.  I am a determined person. If I can’t do something right the first time, I try until I get it.”

Cindy’s leadership has brought her to high-visibility positions as a board member for Special Olympics Wisconsin, and as a Special Olympics Sargent Shriver International Global Messenger. Most recently, she’s taken on an even more prominent role as executive director of a busy state agency, the Wisconsin Board for People with Developmental Disabilities.

Cindy has been inspiring everyone — with and without disabilities — to achieve their goals. In her words, “I’m a fighter.  I am a determined person. If I can’t do something right the first time, I try until I get it. I never quit and I never say I can’t.” 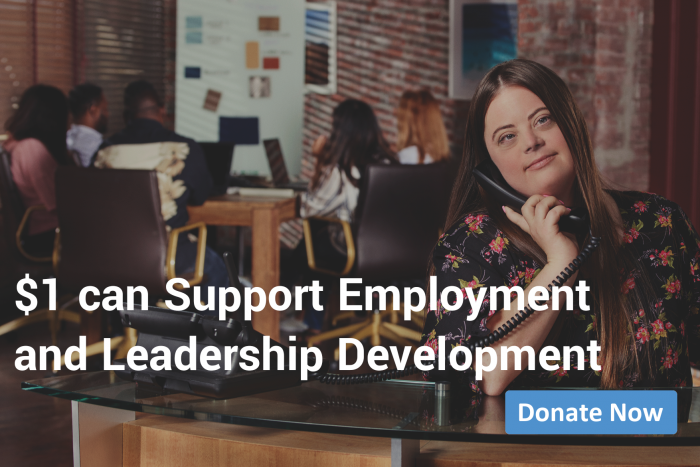