President of The Foundation for a Better Life 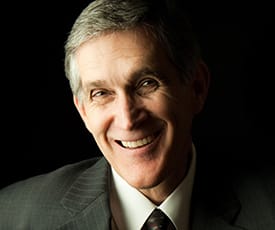 The Foundation for a Better Life promotes positive values through the media. Their public service announcements, based on values such as hope, honesty, encouragement and generosity are currently being seen on television in the United States over five million times each day. They are also airing in over 200 countries around the world. Additionally, these inspiring messages appear on thousands of billboards across the country, including Times Square. The Outdoor Advertising Association of America recognized this campaign as “the most successful public service campaign in the history of outdoor advertising.” The Foundation makes posters and DVDs available to thousands of schools each year, at no charge. It offers these messages in an effort to promote good values, good role models and a better life.

Formerly, Gary served as vice president of Bonneville Communications where he directed the creative development of many successful campaigns, including Homefront, Major League Baseball, Children’s Miracle Network and the American Cancer Society.

He has also been a speaker at regional and national advertising conferences for the American Advertising Federation and a keynote speaker for various events. Other assignments took him to Jakarta, where he served as a communications consultant on an Indonesian government project and, early in his career, to Japan where he directed a documentary on the first Trans-­‐Pacific flight.

Gary has a master’s degree in communications from Brigham Young University and a bachelor’s in broadcasting from Texas Tech University. He serves on the National Board of Directors for the College of Media and Communication at TTU. He lives in Denver with his wife Susan and their family.